I have been using UniFi products for some time now, mainly G3 and G3 PRO. Today I got my hands on G4 PRO and I decided to do a direct comparison on a real life scenario by testing the camera where I have G3 PRO installed right now.

First of all I must tell you that a setup of more than one camera on one ethernet cable can be a pain in the ass if not done correctly. Next few paragraphs will tell you how to set everything up and how not to mess things up...

My current setup in one particular location involves two cameras - G3 and G3 PRO connected to UniFi NanoSwitch which is connected to TP-Link T1600G-28PS PoE switch. Unfortunately UniFi NanoSwitch does not accept 802.3af/at active PoE and I had to use passive PoE injector (of course the same brand - Ubiquiti POE-24-24W). Now, if you have only one end device then it's straight forward to just connect either active or passive PoE depending on the device. But when you have multiple devices which are quite demanding on the power, the situation gets quite tricky...

Since I have multiple cameras and multiple NanoSwitches, it was quite a mess in my wall-mount rack cabinet using multiple PoE injectors so I decided to go with a PoE injector panel:

Unfortunately the situation didn't unfold like I wanted to... reading the PoE injector specs closely I found that it is compatible with 802.3af and 802.3at standarts which *should* give me about 30W output. Camera specs say that G3 PRO max consumption is 12.5W and G3 is 9W (with optional IR extender). Also you should not forget that NanoSwitch is also consuming power. Not mutch (1.5W), but still it needs to be accounted for when you are pushing to the limits. The total max usage in this scenario should not exceed 23W so the 30W output should be sufficient. However in my testing I found out that there is a voltage sag whenever you try to push more than 15W through the panel. The voltage drops from 24v to about 22.5v which is enough for G3 (non-pro) model to go into a reboot loop.

At this point I figured that I have two options - either use multiple single port passive Ubiquiti PoE 24v-24W injectors for each NanoSwitch or go with an active PoE and ditch all the passive PoE injectors and NanoSwitch. Fortunately a friend of mine had UniFi Switch Flex test unit which accepts active 802.3af/at/bt PoE as power input.

It seemed like a good moment to swap out the G3 (non-pro) camera as well since it's underperforming in dark environment compared to G3 PRO model.

There is a catch, tho. My rackmount switch provides 802.3at which is about 30W, but UniFi Switch Flex using 802.3at has a power budget of only 20W. G3 PRO and G4 PRO max power draw is the same - 12.5W. So in sum that makes 25W which is well above the 20W threshold. In real life scenario I haven't seen G3 PRO going above 9W when infrared is activated (about 4.5W when infrared is off). In my testing both cameras were pulling about 16.5W during the night. If you want to be absolutely safe then you will need to get one of the expensive 802.3bt switches from Ubiquiti (like USW-48-POE) which cost a ton of money. You will be able to connect more than 2 cameras that way... 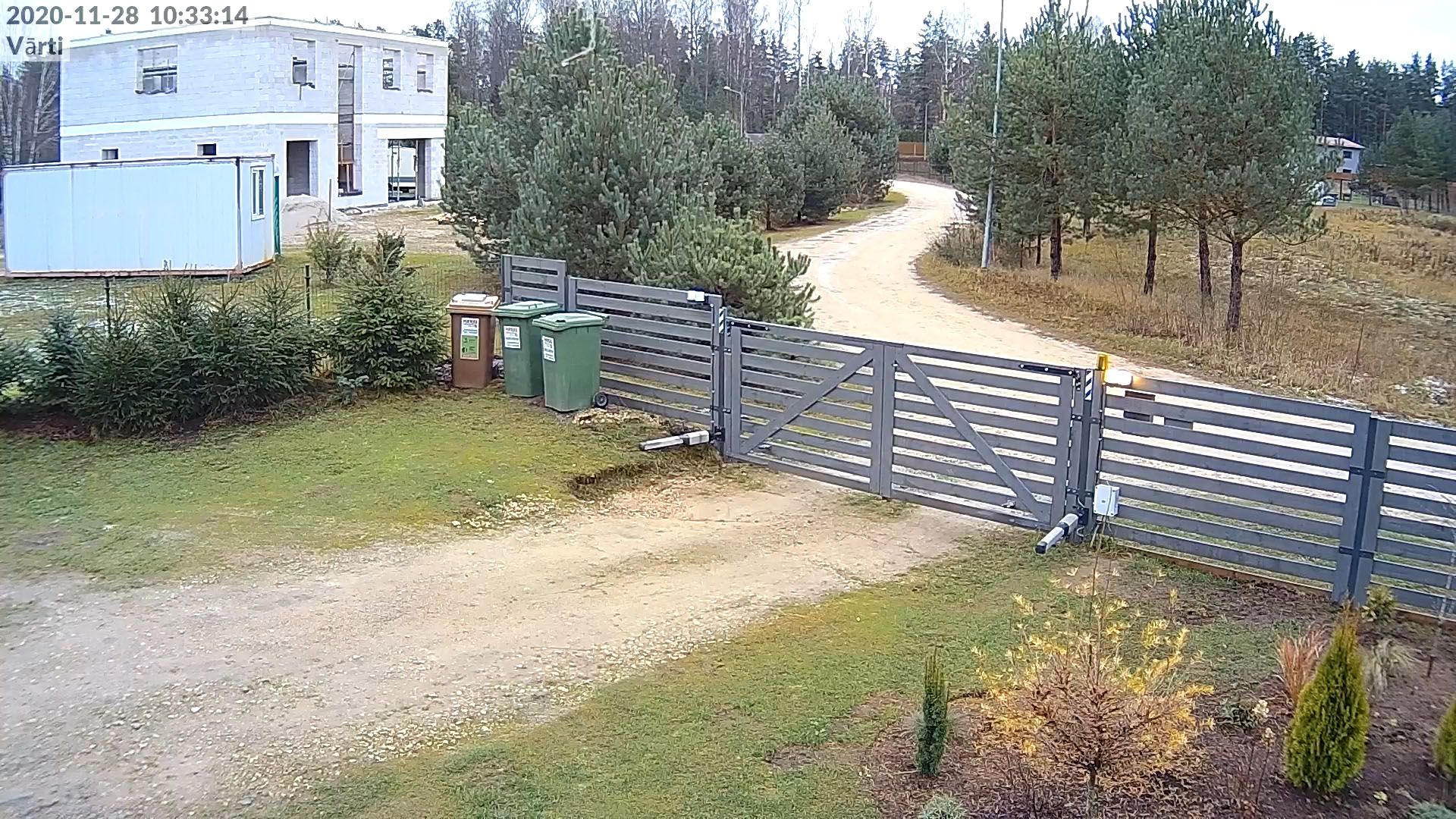 I was more interested in the nighttime image quality... 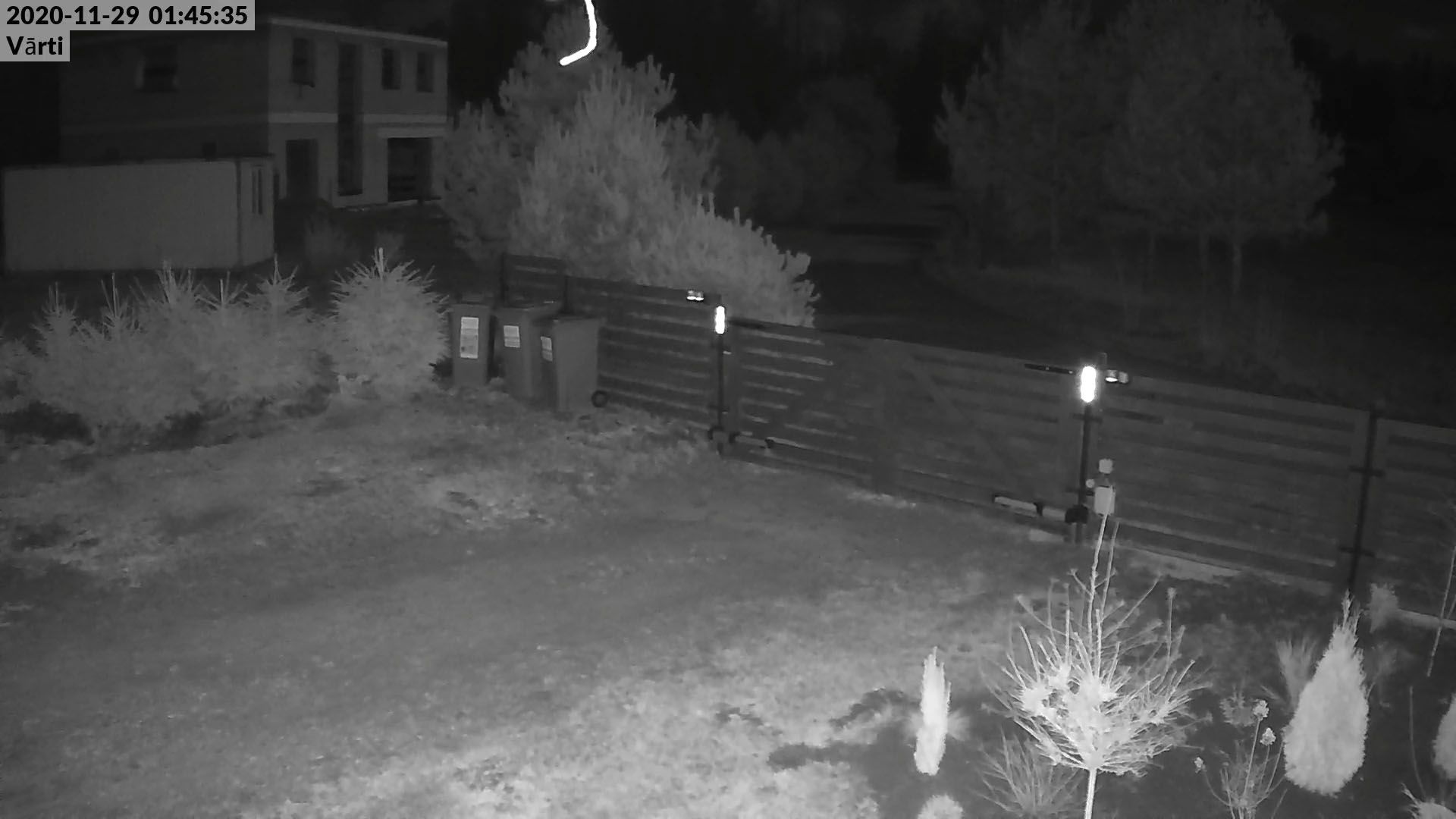 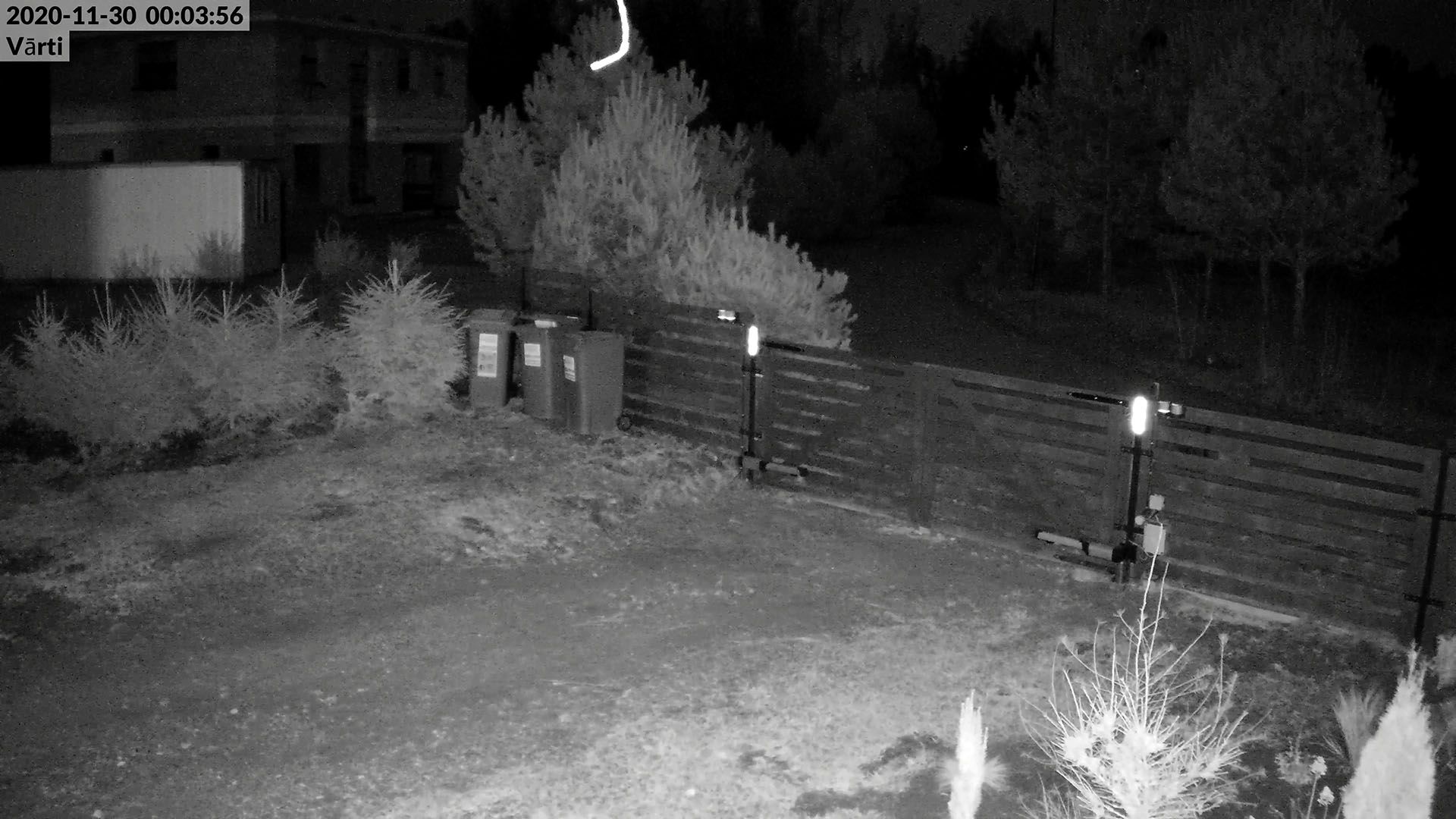 This is where the things started to get interesting. As you can see in the snapshots above, the G4 PRO has a lot more detail in the foreground. However if you look at the building on the top left corner you will see that G3 PRO performs better in terms of background exposure.

There is also an interesting moment with the low light detection and switching to infrared. I have some lanterns on the gate poles and whenever the light is on, the infrared does not kick in for G4 PRO for some reason. This does not happen with G3 PRO. 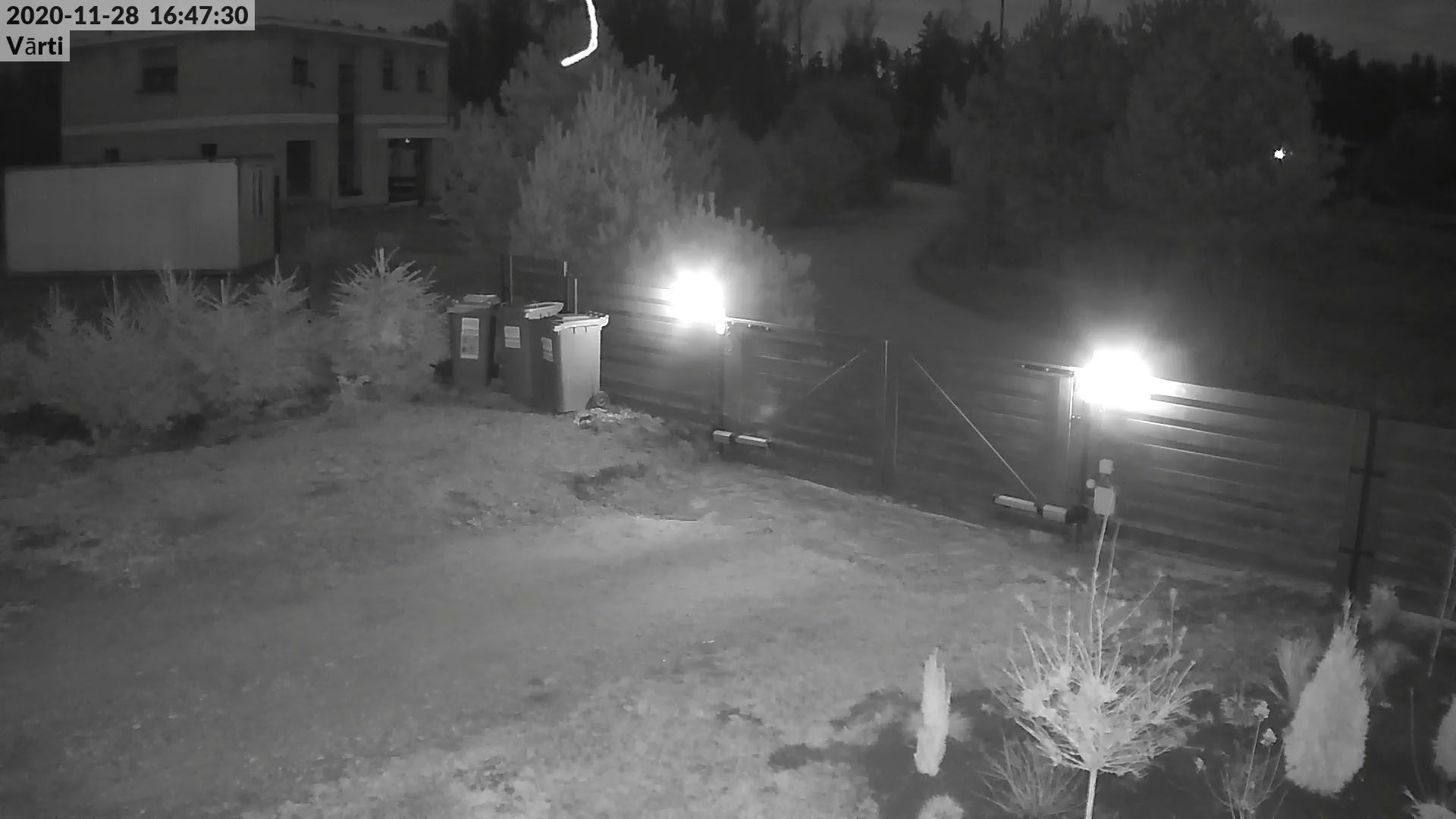 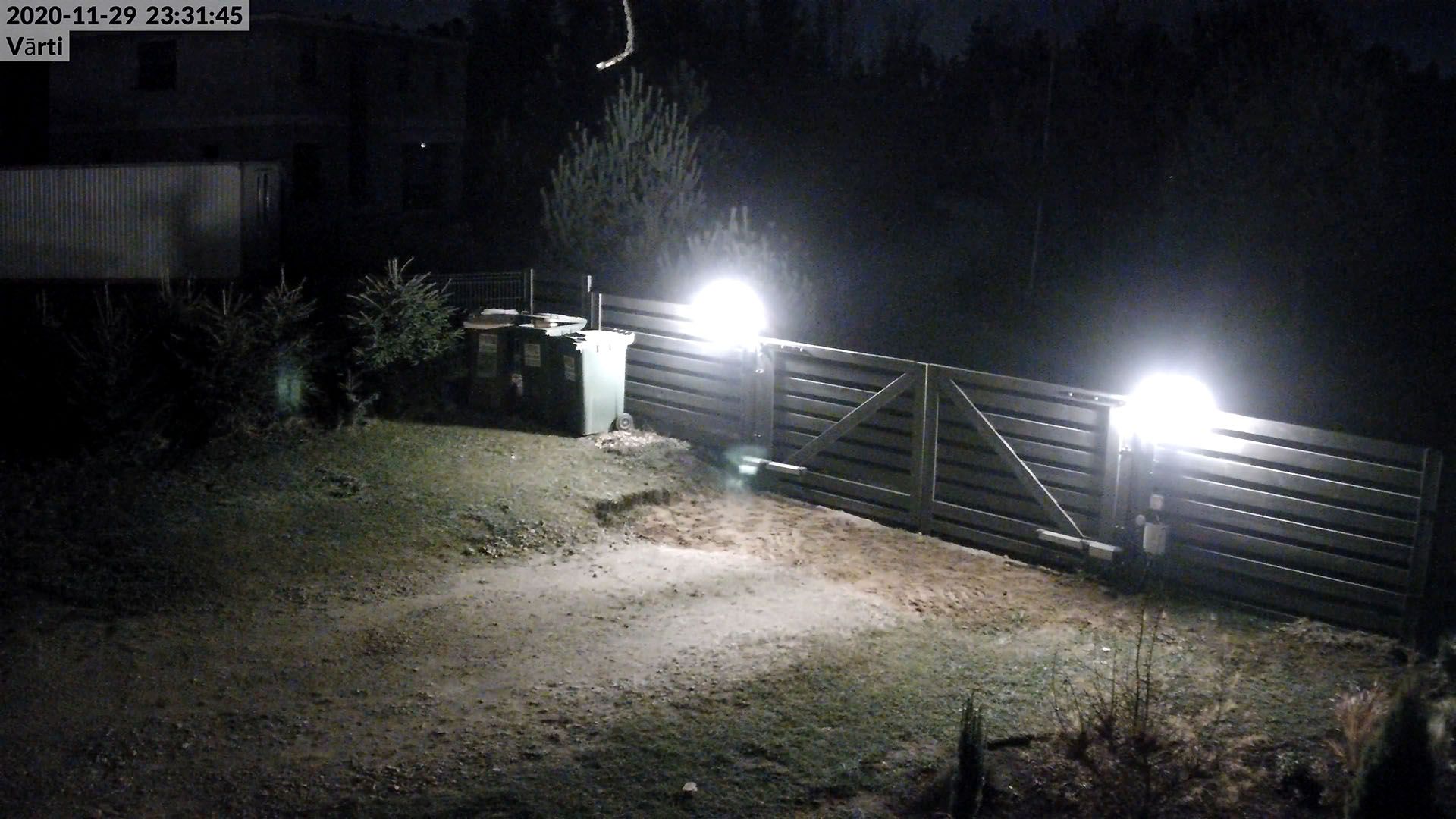 As you can see above, G3 PRO infrared kicks in quite early at about 16:40. The G4 PRO infrared never kicked in even in complete darkness while the lanterns were on. Changing the "Activation Sensitivity" in camera settings did not help either. You get very dark background without infrared and basically you don't see anyone moving in the shadows. However you can see cars quite well. You can almost see the number plate as well. It's basically impossible to see a number plate if your infrared is on. And it's basically imposible to see a person in dark if your infrared is off.

Overall the G4 PRO camera is great. The image has more detail than G3 PRO. At daytime you can resolve objects at higher distance than G3 PRO. At nighttime the image is sharp on the foreground but gets very dark on background.

If you plan on installing more than one camera on single ethernet cable, I would strongly suggest going for UniFi Switch Flex rather than the cheaper NanoSwitch. You will get much more information out from Flex rather than NanoSwitch which can be critical in troubleshooting power issues with the cameras.

If you already have G3 PRO then I would suggest that you stick with it unless you have a lot of money and you want the cool look of the blue ring which is exclusive to G4 PRO only. Image quality for G3 PRO and G4 PRO is not that far apart compared to G3 non-pro version. There are some scenarious where one camera performs better than the other and vice versa. In my opinion there is no clear winner here... 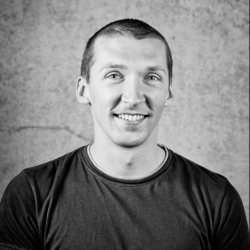